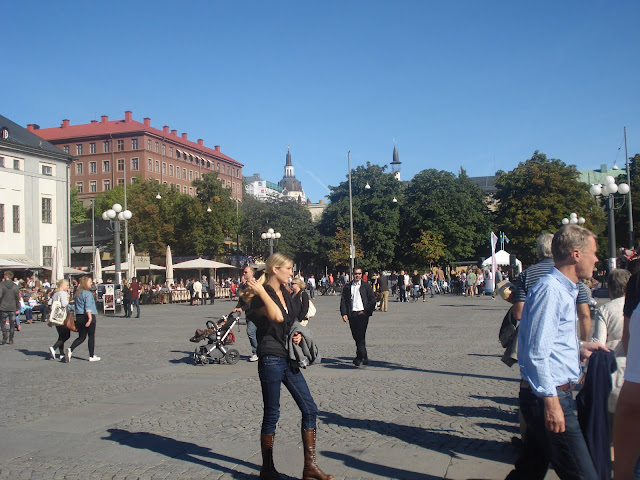 Switzerland just had a public vote on wether or not Minarets (the large towers on mosques) should be banned. 57% voted YES. The picture I have posted up here is taken in Sweden. Far in the distance you can see a minaret and a church tower side by side. Hard to differentiate between the two. The encouraging aspect of this intolerant vote is that most of the religious communities, in particular the Jewish were against the ban.
Taken by Shaykhspeara Sha'ira on 12/02/2009

Email ThisBlogThis!Share to TwitterShare to FacebookShare to Pinterest
Theme Politics