A bridge over troubled waters 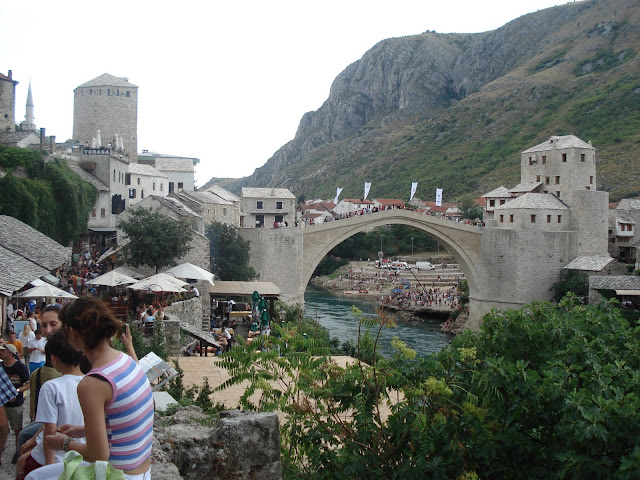 The beautiful old Ottoman bridge in Mostar, concidered the capital of Herzegovina (part of Bosnia) and one of the most idyllic and beautiful towns I have ever visited. This bridge was bombed by the croatian side during the war in the early 90's but has been rebuilt again using Bosnian and Croatian teams together, connecting the two sides of Mostar yet again.
Taken by Shaykhspeara Sha'ira on 3/08/2007

Email ThisBlogThis!Share to TwitterShare to FacebookShare to Pinterest
Theme Bridges