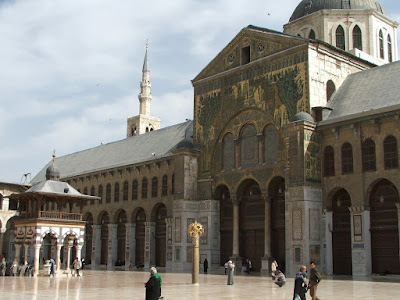 Umayyad Mosque Damascus, Syria is one of the largest and oldest mosques in the world, built between 706 and 715. The spot where the mosque stands now has been the site of temple of Hadad in the Aramean era, Temple of Jupiter in the Roman era, and then a Church dedicated to John the Baptist in the Byzantine era.
Taken by Destitute Rebel on 10/03/2008